A Young Partner with a Taste for Challenging Assignments

Antti Kaakkola, who heads Castrén & Snellman’s Real Estate Investments & Transactions service, became a partner at the firm at just thirty-three. He has played a part in major assignments from a young age.

For example, Antti and his team handled the sale-and-lease-back of OP Financial Group’s headquarters and advised the investors in the Mall of Tripla, REDI shopping centre and Tampere Central Deck and Arena projects.

‘These have been interesting projects that have kept our team busy over an extended period. I love being a part of important projects with major clients.’

How did Antti make partner and land major assignments in his early thirties? Antti sees two main reasons for his rapid career development.

‘First of all, I have to be humble, as I found myself in the right place at the right time. I was able to play a key role in the kinds of assignments that were in high demand’, Antti says.

‘Of course, you also need the right attitude and skillset for the job. This is a customer service profession.  You have to understand the client’s goals and do your best to help the client achieve them’, Antti continues.

C&S Career Began as a Trainee

In high school, Antti was considering whether he wanted to study either law or economics. He ended up choosing law school at the University of Helsinki, because he thought it would give him more options for work after graduation. His father’s interesting stories about working as a lawyer also played a role in his decision.

Antti joined Castrén & Snellman towards the end of this studies in 2011. He worked first as a senior trainee and later as a project trainee while writing his thesis. After that he was invited to continue in the firm as an associate.

‘At that point, I hadn’t given much thought to whether I wanted to stay in a large law firm, but once I was offered a position in Finland’s number one firm, I decided to seize the opportunity.’

Castrén & Snellman was already involved in extensive real estate deals at the time and needed extra hands. This was how Antti began specialising in real estate transactions.

When law students are asked what they want to do after graduation, few mention real estate transactions. Nevertheless, Antti recommends at least considering it as a specialisation.

‘Real estate law is much more interesting than you might at first think’, he says and lists three good reasons to work in the field:

‘One. Even though the deals revolve around real estate, the work itself revolves around people. Real estate investors and developers and the people working in construction companies are a great group of people that is fun to work with.

Two. Real estate transactions are a field that a single person can get a comprehensive handle on if they have the motivation. No two assignments are the same, but the basic framework is easy enough to master.

Three. Real estate is a significant market. Specialising in it opens a lot of doors for a lawyer. Real estate experts are in high demand.’ 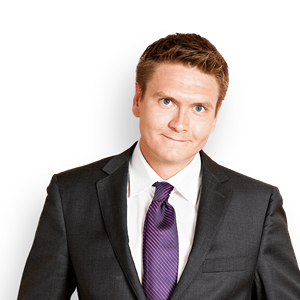